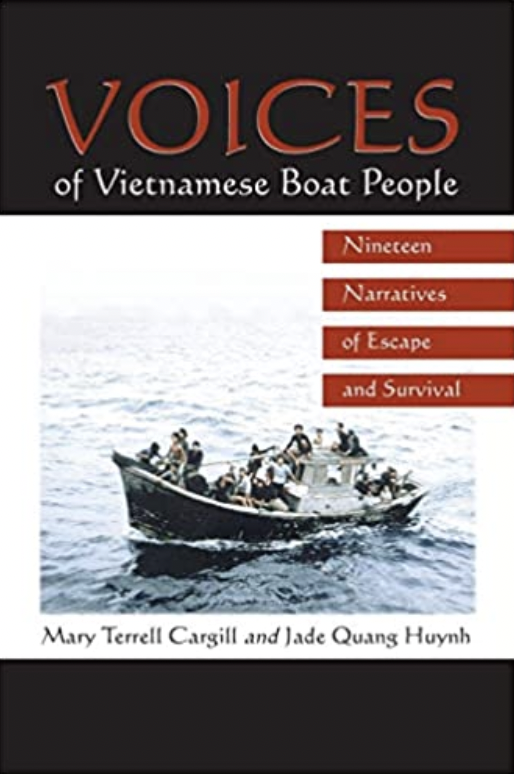 On April 30, 1975, the Hanoi government of North Vietnam took control over the South. South Vietnamese, particularly "intellectuals" and those thought to have been associated with the previous regime, underwent terrible punishment, persecution and "re-education." Seeking their freedom, thousands of South Vietnamese took to the sea in rickety boats, often with few supplies, and faced the dangers of nature, pirates, and starvation. While the sea and its danger claimed many lives, those who made it to the refugee camps still faced struggle and hardships in their quest for freedom. Here are collected the narratives of nineteen men and women who survived the ordeal of escape by sea. Today, they live in the United States as students, professors, entrepreneurs, scientists, and craftspeople who have chosen to tell the stories of their struggles and their triumph. 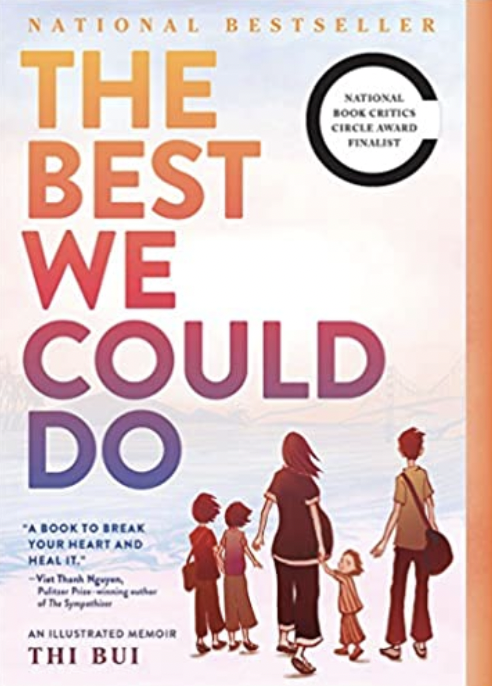 The Best We Could Do: An Illustrated Memoir

This beautifully illustrated and emotional story is an evocative memoir about the search for a better future and a longing for the past. Exploring the anguish of immigration and the lasting effects that displacement has on a child and her family, Bui documents the story of her family’s daring escape after the fall of South Vietnam in the 1970s, and the difficulties they faced building new lives for themselves. At the heart of Bui’s story is a universal struggle: While adjusting to life as a first-time mother, she ultimately discovers what it means to be a parent—the endless sacrifices, the unnoticed gestures, and the depths of unspoken love. Despite how impossible it seems to take on the simultaneous roles of both parent and child, Bui pushes through. With haunting, poetic writing and breathtaking art, she examines the strength of family, the importance of identity, and the meaning of home 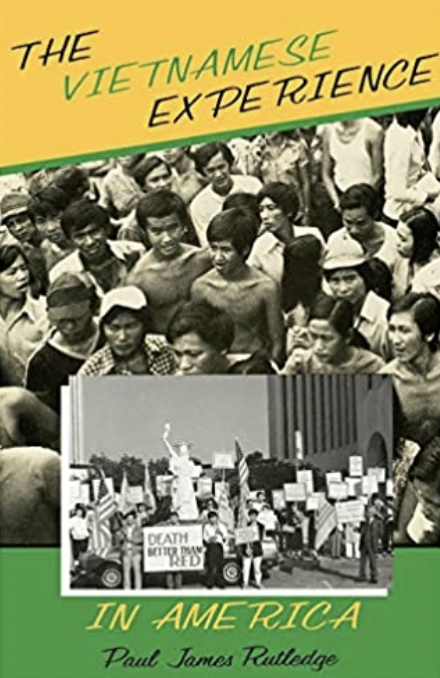 The Vietnamese Experience in America

This concise interpretation of the Vietnamese experience in America begins with the fall of Saigon in 1975, when enormous waves of refugees fled Vietnam. It graphically details their flight to asylum countries in Asia and then to the United States. Based in part on firsthand interviews, the book recounts vivid stories of the horror of getting out of Vietnam and the difficulties of starting over in a new country. It emphasizes the resettlement process in the United States, from the policies of the U.S. government to aspects of community acceptance and conflict, and describes Vietnamese culture and the changes it has undergone in the process of becoming a new Vietnamese-American culture. Among the topics addressed are the arrival of the boat people, the orderly departure program, Amerasians, and the integration and adjustment of refugees to American society. The book concludes with a portrait of contemporary Vietnamese-American society and the outlook for its future. 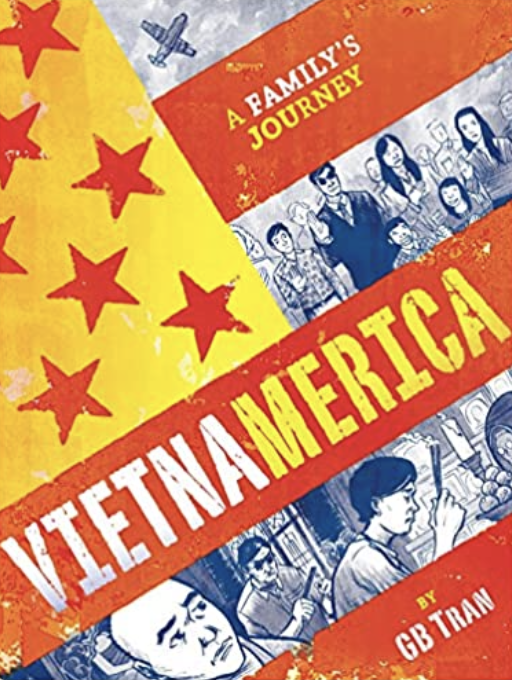 GB Tran is a young Vietnamese American artist who grew up distant from (and largely indifferent to) his family's history. Born and raised in South Carolina as a son of immigrants, he knew that his parents had fled Vietnam during the fall of Saigon. But even as they struggled to adapt to life in America, they preferred to forget the past--and to focus on their children's future. It was only in his late twenties that GB began to learn their extraordinary story. When his last surviving grandparents die within months of each other, GB visits Vietnam for the first time and begins to learn the tragic history of his family, and of the homeland they left behind. 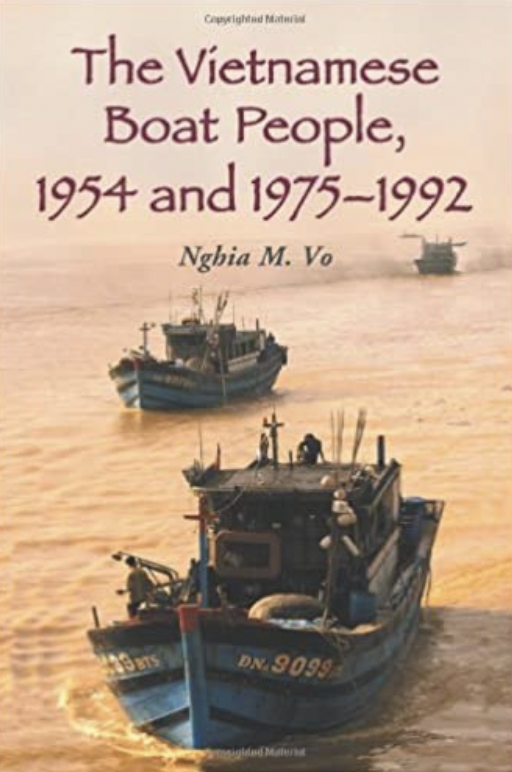 The biggest diaspora in Vietnamese history occurred between 1975 and 1992, when more than two million people fled by boat to escape North Vietnam's oppressive communist regime. Before this well-known exodus from Vietnam's shores, however, there was a massive population shift within the country. In 1954, one million fled from north to south to escape war, famine, and the communist land reform campaign. Many of these refugees went on to flee Vietnam altogether in the 1970s and 1980s, and the experiences of 1954 influenced the later diaspora in other ways as well. This book reassesses the causes and dynamics of the 1975-92 diaspora. It begins with a discussion of Vietnam from 1939 to 1954, then looks closely at the 1954 "Operation Exodus" and the subsequent resettlements. From here the focus turns to the later events that drove hundreds of thousands of Vietnamese to flee their homeland in 1975 and the years that followed. Planning for escape, choosing routes, facing pirates at sea, and surviving the refugee camps are among the many topics covered. Stories of individual escapees are provided throughout. The book closes with a look at the struggles and achievements of the resettled Vietnamese. 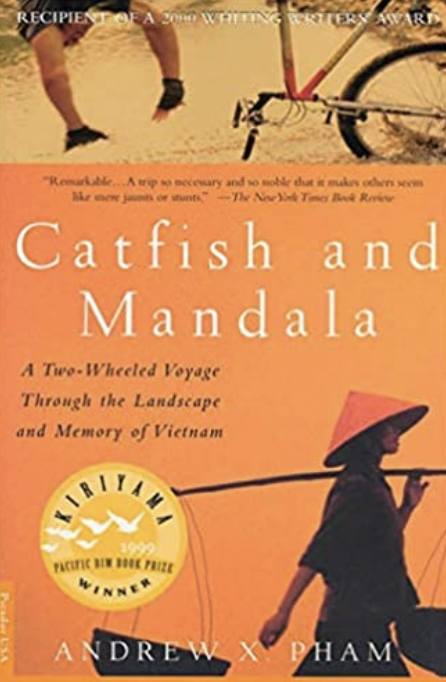 Catfish and Mandala: A Two-Wheeled Voyage Through the Landscape and Memory of Vietnam

Andrew X. Pham was born in Vietnam and raised in California. His father had been a POW of the Vietcong; his family came to America as "boat people." Following the suicide of his sister, Pham quit his job, sold all of his possessions, and embarked on a year-long bicycle journey that took him through the Mexican desert; on a thousand-mile loop from Narita in South Korea to Kyoto in Japan; and, after five months and 2,357 miles, to Saigon, where he finds "nothing familiar in the bombed-out darkness." In Vietnam, he's taken for Japanese or Korean by his countrymen, except, of course, by his relatives, who doubt that as a Vietnamese he has the stamina to complete his journey ("Only Westerners can do it"); and in the United States he's considered anything but American. A vibrant, picaresque memoir written with narrative flair and an eye-opening sense of adventure, Catfish and Mandala is an unforgettable search for cultural identity.